nShift increases warehouse efficiency at Glamox by up to 30% 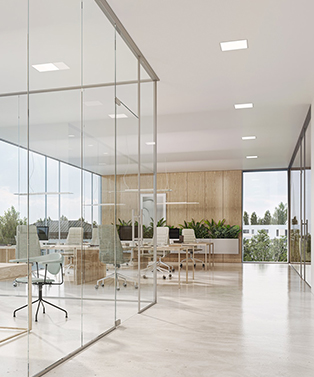 Using nShift has not only helped lighting company, Glamox, save lots of time in the warehouse – it has also equipped them with the professional tools they need to handle 100,000 shipments a year with greater efficiency than ever.

Norwegian company, Glamox, is a leading supplier of lighting solutions for schools, industry, retail, hotels, restaurants, maritime businesses and on- and offshore drilling rigs. They send lamps and related products to customers all over the world.

The company needs a comprehensive and highly professional delivery management system to be able to handle the 100,000+ shipments it sends each year to customers around the world from its warehouse in Molde, Norway. This is what led Warehouse Manager, Vidar Andreassen, to adopt nShift in 2016. He explains: “[nShift] is a more complete solution than other delivery management systems, and we wanted a state-of-the-art system. It is the whole package. It has everything we need.”

Glamox opted to integrate nShift DeliveryHub with their WMS system, Apport. This way, their logistics and warehouse employees were able to continue working in systems they were familiar with while also accessing all the features of nShift. As Logistics Consultant, Kristian Thomsen Aakvik, says: “It is almost scarily easy to use [nShift], because it is integrated with our systems.

“We transfer EDI to carriers automatically,” explains Vidar Andreassen. “So we do not have to remember the many requirements of each supplier ourselves. [nShift also gives us] access to track and trace, an overview of freight costs and shipment history, and Scan App, which our drivers can use to scan parcels with their own phones.”

“We estimate that nShift, combined with the WMS system Apport, which we also invested in last year, has increased the efficiency of our warehouse by 15-30%,” says Vidar Andreassen. “It will also give us a better foundation for negotiating with carriers in the future. With the great results [nShift] has given us, we plan to expand the use of the software to more of our warehouses around the world next year.”

"[nShift] is a more complete solution than other delivery management systems, and we wanted a state-of-the-art system. It is the whole package. It has everything we need."