RNB Retail and Brands is investing heavily in digital, and its ecommerce operation keeps expanding. With nShift, they have the kind of flexible and fully integrated solution they need to continue growing at speed.

RNB Retail and Brands is the corporation behind names such as Polarn o Pyret, Brothers and Man of a kind. With in-house clothing production, ecommerce, shops and sales in several markets, there are numerous logistics processes to handle. The in-house clothing production takes place primarily in Asia. Goods are sent to the central logistics center in Borås, Sweden before being distributed to shops. Ecommerce requires delivery to private consumers throughout Scandinavia.

In the past, the company handled the majority of its logistics via a 3PL. Every time they wanted to change or add a carrier or transport service, it became a complicated and expensive project. Instead, they began looking for a neutral delivery management system where carriers and transport services could be added and changed in a smooth and inexpensive process.

We have really benefited from nShift Checkout to offer our customers freedom of choice in the Swedish market.

RNB Retail and Brand opted for nShift because they were looking for a combined delivery management and freight checkout solution. With the integration of nShift Delivery and nShift Checkout, they now have one.

The other great advantage of choosing nShift is that it gives them access to the world’s largest carrier library, offering them more freedom and flexibility than ever. “When we went live with [nShift Delivery], we changed our ecommerce carrier for Sweden and within the EU, which had not been possible before. Now, we are much more active in adding and changing carriers, which makes a huge difference.”

They have also been using the My Parcels app to improve the shipping experience, enabling customers to easily track their shipments from various online shops.

Depending on where they live in the country, Polarn O. Pyret’s Swedish customers now have up to four different shipping alternatives to choose between when they purchase online – pick–up point, home delivery, mailbox delivery or collect at the shop. Brothers has three shipping choices and Man of a kind offers home delivery and pick–up point. The next step is to look at offering multiple modes of transport to the international markets.

The new system is proving a big hit with customers:

Previously, customers did not even have the option to choose between pick–up points, but now they can choose between several shipping alternatives, which is an increased freedom of choice that we could not offer earlier. The customers are very happy with that. 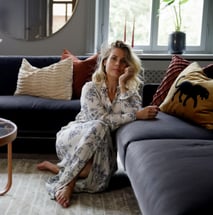 Apotea delivers an ever better customer experience with My Parcels