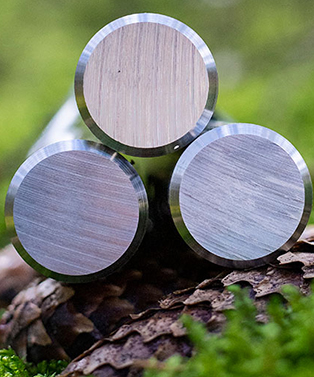 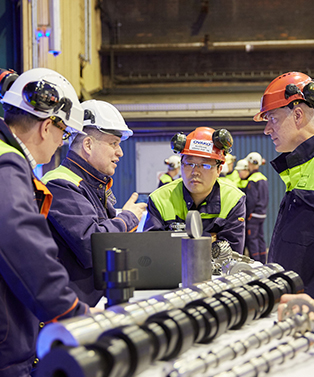 Steel group, Ovako, takes scrap metal from local sources and uses it to produce special steel, which it sells to various sectors including the ball bearings industry. From its European plants (predominantly in Sweden and Finland), it ships around 700,000 tons of bulky freight each year, not just across Scandinavia and Europe but also to Asia, the USA, South America and the Middle East.

Ovako have never needed to work with shipping labels but have instead handled all bookings directly with the 20 or so carriers they use, either via email or via the carriers’ own booking webpages. Recently, however, they recognized the need to take a more structured approach. Wouldn’t the transport booking process be much smoother if all their bookings could be made through one portal?

Our priority has been to get going quickly with the least possible friction to directly achieve the performance we wanted. And that’s what we got.”

Ovako are currently in the early stages of using nShift. For now, all bookings are being made manually, without integration with any of Ovako’s business systems. This was a choice the company made, as they wanted to start with the simplest possible transition to a new booking process.

As with all nShift clients, the system setup for Ovako has been based on a number of standardized basic modules, which are then adapted to the company’s specific needs. For Ovako, this has included setting up a private domain name group, which enables different offices to work on their own accounts. Some (for example head office) get a big-picture view of everything that is happening. But local offices only see their own bookings, making the system much easier to use.

Implementing nShift has not just enabled Ovako to streamline their transport booking process. It has also helped them bring much-needed transparency to the transport management process. Previously, transport data was available only to the carrier and the person who had made the booking. Thanks to nShift, anyone who needs to track a shipment is now able to see whether it has been loaded and how much it cost.

Another feature that Ovako have been benefiting from is “Automatic Price”, which provides them with price estimates based on the existing agreements they have with all their carriers. The feature makes it easy to check invoices against agreements, saving the company time and reducing the risk of errors.

Make the move to frictionless delivery

Discuss your needs in detail with our sales team.