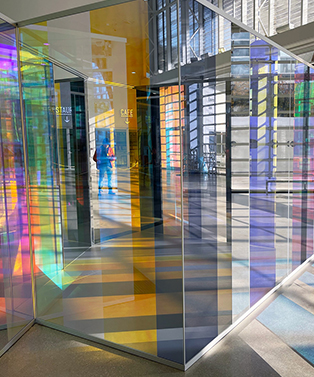 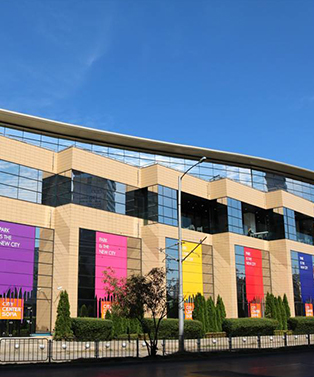 Distributors of smart film solutions, Solar Screen, send 25,000 shipments a year. But having to manage four carriers through four separate interfaces was hampering their ability to work quickly and efficiently. Luckily, there was a simple solution…

Founded in Luxembourg in 1984, Solar Screen is a leading distributor of smart film solutions for offices, commercial windows, furniture, automotive glass and more. From its Luxembourg base, the company sends out around 150 rolls of film a day to local B2B customers.

Solar Screen is passionate about going the extra mile for customers and has committed to providing same-day shipments for every order that’s placed. So they are always looking for new ways to finetune their service. And when, in January 2021, they switched to a new ERP, they saw an opportunity to enhance the delivery process by managing their four carriers through a single system, rather than having separate interfaces for each.

The human aspect is super-important because I don’t want to jump into a project where I don’t have the right support."  Nicolas Hoet, Chief Operations Officer, Solar Screen

Thanks to nShift, Solar Screen warehouse operators are now able to manage all four carriers through the same interface. The software also enables Solar Screen to upstream data from their ERP so that all relevant information about the delivery process can be viewed and analyzed in the same place, including data related to tracking and transportation costs.

Solar Screen chose nShift for two key reasons. One was the ease of integration with NetSuite, the new ERP that the company was in the process of implementing. The other was the human factor. As Nicolas Hoet, Solar Screen’s Chief of Operations explains: “We looked at three different providers who were offering a similar integration with NetSuite but the connection we built with the project leads at nShift really stood out. And, for me, the human aspect is super-important because I don’t want to jump into a project where I don’t have the right support.”

For Nicolas Hoet, there are four key benefits that nShift has brought to Solar Screen. “One is that we are now able to onboard new carriers about three times quicker than we could in the past. Two is that I now have only one interface to maintain.”

“The third advantage is really important: we can now upstream information in our ERP regarding cost and tracking status, which makes life much easier for managing transport and provides customers with more information about their shipment.”

“Finally, nShift enables our warehouse team to work in a more time-efficient way. In the past, each operator was only able to manage two carriers at once. Now every operator can manage every carrier, which makes it much easier to organise the team’s work throughout the day. It gives us a lot more flexibility.”

But perhaps the most striking thing about the nShift platform, Nicolas says, is how intuitive it is. “It’s simple to administrate. It’s simple to use day to day. It has the right functionality in the right place. That’s something I really like – nShift is definitely a good, intuitive software.”

The best thing is how super-intuitive it is. You never have to train anyone how to use nShift. It’s so simple they can just pick it up and go.”