In April 2022, nShift’s partner IMRG conducted a survey of 300 retailers, in order to better understand best practice when it comes to delivery options. In particular, we’ll take a look at the best standard delivery options to offer, and how these can impact customer behavior.

The first question aimed to find out what the most popular delivery options were, and what retailers were using. The most popular were ‘standard free – conditional’, meaning it was free, but the shopper had to reach a basket threshold, and ‘next day paid’. This would suggest that buyers are most interested in price (e.g. free delivery) and speed (e.g. paying for the items to arrive the next day).

What are the most popular delivery options?

Next, we broke this data up by looking at the standard delivery options—meaning that which isn’t extra fast, or click and collect, instead, what retailers offer when shipping under normal carrier operating times. The most popular was standard free delivery with a threshold spend, at 58%, followed by standard paid at 28%. The least used was standard free with no threshold, as this often leaves retailers’ delivery options open for ‘abuse’, as customers might order cheap items frequently, meaning retailers must stomach the cost. 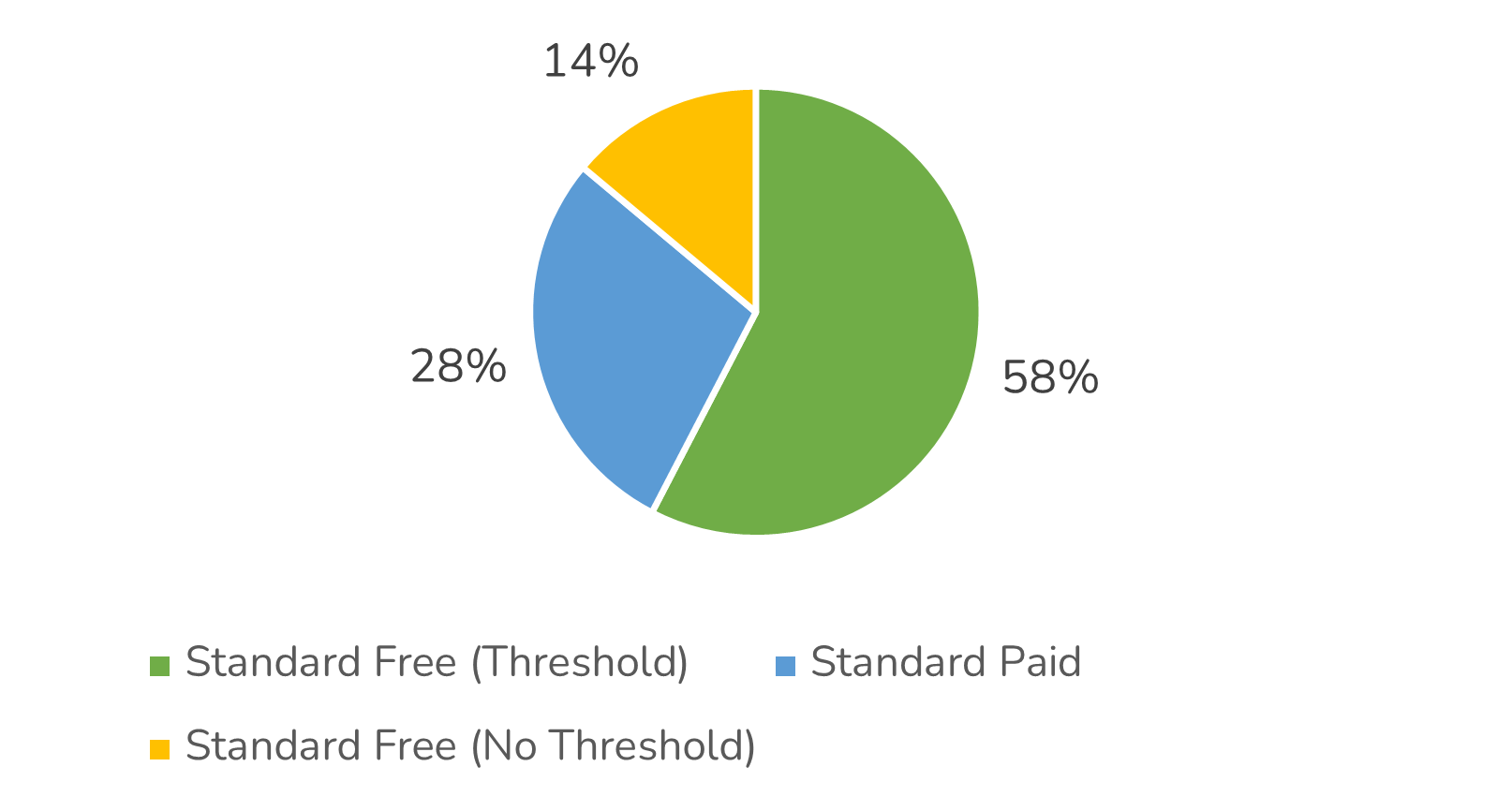 The data became particularly interesting, when we looked at how the delivery type impacts the average spend of customers. The graph below depicts a group of retailers, anonymized and named with letters instead. Standard free delivery with a threshold, is in green, whilst standard paid is in blue. The threshold for free delivery itself is shown in an orange link. It is clear from the graph, that standard free delivery, with a spend threshold, produces the highest basket value—often far above the threshold itself. This might be because customers think they’re getting a better deal, so are willing to spend more. Retailer ‘A’ even saw an average spend over £170, when their threshold was only £50 for free delivery. When it comes to standard paid delivery, people were spending significantly less than standard free, or the threshold itself, depicting a need to buy a cheaper item, which wouldn’t get them near this threshold.

We can conclude from this research, that standard free delivery, with a spend threshold, produces the highest spend, and therefore is the option used most often by retailers. In order to encourage more sales, this is the standard delivery type to go for.

We deliver parcels better and faster with nShift

The Danish carrier, BFT Logistik base all their scanning, communication and track & trace on...

nShift experts: The growth of e-commerce with Christian Zanders

We are delighted to present our second nShift expert: Christian Zanders, Partner and Head of...